What is Bladeless LASIK?

LASIK eye surgery is a standard method adopted to rectify eye issues. LASIK stands for Laser-Assisted In Situ Keratomileusis and is a procedure that enduringly modifies the form of the cornea, using a laser. Part of the LASIK procedure demands an eye surgeon to create a hinged flap of tissue – either done with a blade or a laser. The one which refrains from using a blade is called bladeless LASIK. 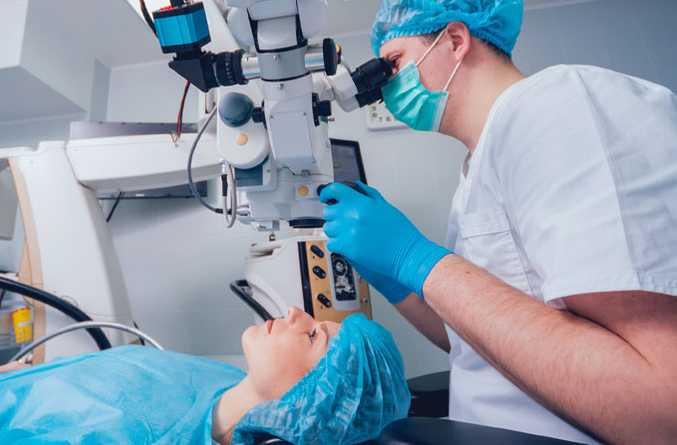 What is the Difference between Traditional LASIK & Bladeless LASIK?

The most crucial difference between traditional LASIK eye surgery & bladeless LASIK Surgery is the usage of a blade.
Traditional LASIK makes use of a thin blade known as the microkeratome to create the hinged flap by making an incision in the cornea. In contrast, the Bladeless LASIK option practices a specific, high-energy femtosecond laser in replacement to a microkeratome blade to generate the flap of corneal tissue. Following invention in the 1990s, the femtosecond laser has been the top choice among people undergoing LASIK owing to its incredible success. This laser continues to provide LASIK patients and their eye doctors with a bladeless alternative to traditional laser eye surgery.

What Does Bladeless Lasik Surgery Treat?

Bladeless Lasik surgery is meant to treat all eye problems that traditional LASIK can treats. It can deal with eye conditions like nearsightedness, farsightedness, & astigmatism. Bladeless LASIK is the advanced method of LASIK which don’t use a blade and hence lowers the risk of the cornea problems post LASIK. Typically, the image is focused on the retina in the back of your eye. When the images end up focusing on some other place, blurriness in vision occurs.

Bladeless LASIK, as well as bladed Lasik, are determined as safe and efficient procedures by experts. But expert also claims that bladeless is safer compared to bladed, as it minimizes the complication and risk related to cornea flap.
Bladeless LASIK also provides a safer mode of enhancement if a patient is required to undergo a second procedure known as touch up or an enhancement.